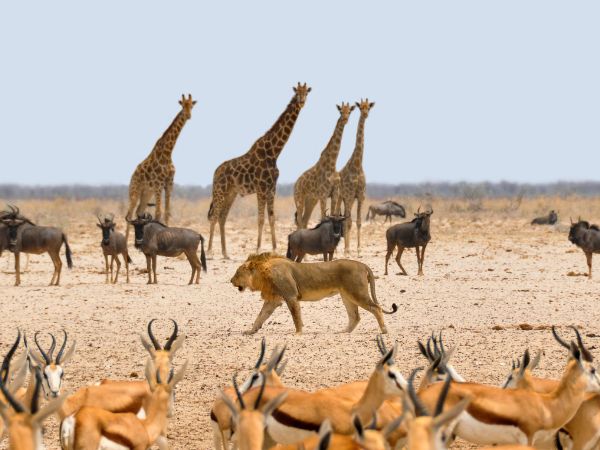 At one of the largest gatherings of financial, enforcement, legal, and government professionals worldwide, we presented “The implications of animal protect for the financial sector”

We had the opportunity to establish relationships with professionals and organisations that could help us address animal welfare issues like wildlife trafficking through better communication.

It is rare that information between the public, private, and third sectors is shared openly, which can hinder global animal welfare solutions. These obstacles can be overcome by inter-sectoral relationships and partnerships, according to our view.

At the 34th Cambridge International Symposium on Economic Crime, our role was to ensure that the focus was on the cooperation needed to protect animals. More than 1,300 people attended the event, which included professionals from the legal, financial, legal and inter-governmental sectors.

Transnational wildlife traffickers rely on legal channels to hide their illegal profits. This includes the formal financial sector as well as front companies. This problem was presented to the participants. We focused on “non-charismatic” species, including Indian Star tortoises and Malayan pangolins. (Thank you to LAGA, The Last Great Ape Organisation for supporting this presentation).

This was an eye-opener for some, since such species are often overlooked in public discourse that is dominated by rhino horn and elephant ivory.

A representative of RUSI, an internationally respected think tank that advises countries on security and defense, supported us in our presentation panel. RUSI collaborated with us on the report “An Illusion of Complicity”: Terrorism, Illegal Ivory Trade and East Africa.

Our investigations have shown that organised criminal organizations exist.

Low-profile species can be moved at low risk and high profit margins. The majority of illegal shipments are not detected and only a few seizures do occur. This gives us insight into the lucrative nature of the trade. Our Indian Star tortoise investigation shows that one tortoise can be worth USD $1 once it is captured and USD $260 when it is sold at market. This is a substantial price increase, especially considering that 200 tortoises are being smuggled out from one area each month for six months.

To protect their top-ranking command structures, compartmentalize activity. The trade route is divided into drop-off and pickup points. Different traffickers move wildlife from one place to the next. This was evident in the pangolin seizure. The low-level, expendable traffickers couldn’t lead enforcement to their superiors because they had never met them.

To transport wildlife illegally, you can use transport companies that offer multiple routes. One method of moving a shipment from origin to transit (i.e. Air, then by another method (i.e. sea). air) and then from transit to the end destination by another (i.e.

Exploit a complex legislative environment in multiple countries. A syndicate might take wild animals in one country and transport them to another country, where it may be legal to trade the animal. Because their stock is legal and domestic, the syndicate does not face international trade and wild-caught animals, they are protected from being targeted by authorities.

To facilitate wildlife smuggling, encourage corruption and bribery. The criminal connections within government and business will determine the routes and methods used for wildlife movement. Customs enforcement agents and staff from transport and commercial companies have helped facilitate smuggling. To facilitate the laundering of illegal wildlife taken from the wild, permits governing legal wildlife trade may be falsified.

Eco-crime is a multi-billion dollar industry

The United Nations Environment Programme (UNEP), and the International Criminal Police Organization, (INTERPOL), recently estimated that eco-crime was worth $91-258 billion. The European Union is also a hub for human trafficking and a major marketplace for illegal wildlife products.

The United Nations Office on Drugs and Crime (UNODC) is urging UN member countries to implement provisions that deal with money laundering in wildlife crimes. This will make it easier for them to be prosecuted. The European Commission acknowledges the connection between wildlife crime and financial crime. It has committed EUR700 million over five years to support similar efforts and anti-money laundering.

The financial sector, which has visibility into the supply chain, is well-positioned to stop wildlife traffickers from laundering profits and moving contraband. They must take these crimes seriously.

If they are complicit in illegally transporting wildlife, large banks may suspend corporate customers like cargo companies. They could also send watch lists to so-called wildlife “kingpins” to report suspicious financial transactions.

Working together and sharing intelligence

We provide intelligence to law enforcement agencies and share our knowledge with stakeholders like the National Crime Agency. We had the opportunity to continue building such partnerships in global financial sector, especially targeting financial intelligence units. This was a very exciting step for us.

This approach goes beyond wildlife and can include animal protection issues that have illegal and financial components, such as fraudulent movement of livestock without welfare provisions; contracts corruptly granted for the unnecessary culling of animals.

We look forward to sharing the successes of these partnerships to protect animals at next years Symposium.