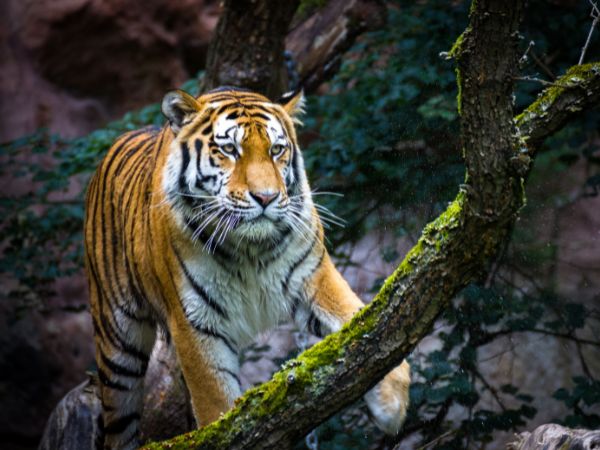 While I have seen many terrible things in my time with the investigation team, the orangutan entertainment at the major zoo of Southeast Asia was the most disturbing.

It was chaotic. The music played non-stop for about 25 minutes. Glitter cannons exploded and people shrieked. A small troupe of orangutans performed in the middle, despite the deafening clamour.

The cruelty and trauma that these animals were suffering was evident from the moment they arrived on zipwires. Orangutans were seen in bras and miniskirts, and they were pole-dancing as well as thrusting. Sitting up. Dancing. Stripping. The orangutans were constantly being pushed, poked and grabbed by their handlers. It was particularly hard to see the featured boxing show, where these amazing animals were forced to harm each other without any reason whatsoever. Their faces were filled with utter despair throughout the “performance”.

Must Read: helpful information to aquascaping and aquarium layout

Behind the scenes, cruelty

The most alarming thing about the show was the precision. This was not just an orangutan show, it was a complete and utterly brutal training program that required such extreme behavior. This is what causes the problems with animals used for entertainment. The worst cruelty happens behind closed doors, long before the customers pay. Tourists are able to see clever animals enjoying themselves. Every behavior is completely unnatural, every trick is a deviation from natural instinct and free will.

The audience doesn’t see the brutality, starvation or torture that are necessary to produce these responses over an agonising time.

A baby orangutan aged just one year struggled to perform the correct tricks and keep up with the rest of the performers. He seemed so scared and lost, acting exactly like a child would when they are afraid. Although his handler was harsh with him during and after the show, the little orangutan clearly trusted him and reached out to him for comfort. He wrapped an arm around his legs when he was near enough. Baby orangutans live with their mothers in the wild for seven years. It was so heartbreaking to see him treated so harshly. This type of trauma can cause permanent psychological damage.

Never Miss: finest fishtanks for novices how select your own starter aquarium

Not in good health

The orangutans looked very sad, their hair was thin and patchy, and they were generally in poor health. All of them looked young, which is not surprising considering that full-grown orangutans can be very strong and large, making it difficult to manage. It is not something I like to imagine what will happen to these animals once they grow too large to participate in the show.

Although we were able film some elements of the show, we were not able to see the backstage treatment of the orangutans. This was only one of the many animal shows that took place at the large zoo. Many animals are forced to endure this torture multiple times per day.

Also Read: bedding for rabbits might it be necessary

Many people looked on, including tourists, schoolchildren, and locals. They seemed to have no clue of the hidden cruelty. It’s important to inform tourists about animal shows. While there is an appetite, cruelty will continue and it must stop. It is difficult to imagine how the orangutans deal with such a hostile and oppressive environment. They are far from the peaceful forests in which they should live.