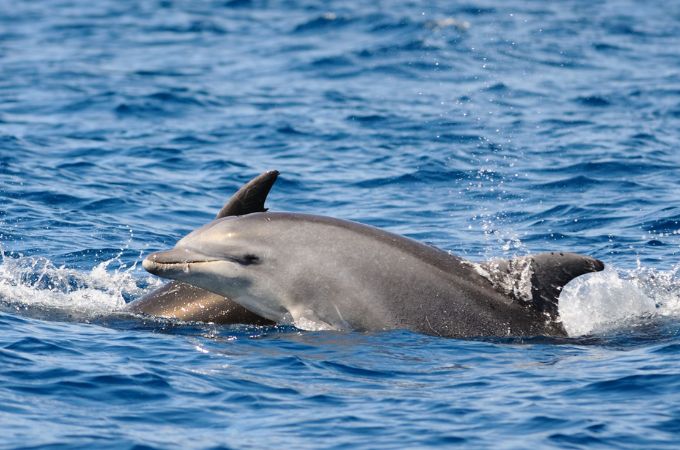 Tourism has made dolphins seem like friendly, smiling friends. What dangers does the captive dolphin trade really present to animals and humans?

Must Read: fixing the remedies and stopping high blood pressure in cats and dogs

A 10-year-old girl from Britain was attacked by dolphins during a “swimming” experience with TUI. The girl survived, but she suffered from numerous cuts, bruises, and bite marks.

Two dolphins held captive at Dolphin Discovery in Cancun (Mexico) are able to bit and drag the girl underwater. This was much to the horror and disgust of her trainers as well as her mother, who was right next to them.

Many tourist attractions offer close-to-contact dolphin interactions, calling them family-friendly and magical moments. These experiences are often booked by animal-loving tourists who don’t realize the cruelty and risk involved.

The industry encourages the appearance of dolphins being friendly, happy playmates. However, it ignores their predatory nature. These complex hunters can inflict serious injuries on each other.

Swim-with dolphins have been known to cause serious injuries to humans by biting them. Broken bones and lacerations have been common results. As the numerous cases of children being bitten by dolphins during feeding interactions show, even contact outside of the water may result in bite injuries.

Venues are aware of the dangers that dolphin interaction poses to humans. This is evident in the liability release forms for marine mammal entertainment venues. It uses clear language to protect the venue and its employees from lawsuits relating to injuries or deaths of participants.

Trainers are not safe

Staff at Loro Parque, Tenerife who work with dolphins in water (meaning they go into the water with them) are required to carry five minutes of air in a cylinder. This can be used for emergencies. This highlights the inherent dangers of working with dolphins in the water.

This venue aims to create a safe and family-friendly atmosphere. Trainers must carry oxygen in case the animal drags them underwater.

Dolphins are in extreme distress

Dolphins in tourist areas are kept in tanks and pens that are about 200,000 times smaller then their natural habitat in the ocean. These tanks and pens are far from the rich variety of plants and animals that they would encounter in nature. Dolphins are often kept in conditions that make it difficult for them to behave naturally. They can also be trained by being starved.

These are just a few of the many reasons that these animals suffer silently when they are trapped in the tourist entertainment business.

The recent Behind The Smile report sheds light on the lies the multi-billion dollar captive dolphin entertainment industry has been telling tourists over the years. They have used the image of the “happy Dolphin” to make millions, while also making it look like a lucrative business that is both cruel to dolphins as well as dangerous for humans.

We are sorry that this little girl and her family were forced to endure such a terrible tragedy. We hope she has a quick recovery. TUI and Expedia Group continue to make money from dolphin-friendly venues that allow dolphin swimming.

How to help dolphins

The captive dolphin industry is not for everyone, but there are some winners. We are attempting to end this practice by promoting the release of dolphins from captivity.

Most popular: the way to decide on and utilize a scratching for cat

We are urging travel giants not to sell tickets to these misleading and cruel venues. We have already received support from TripAdvisor and British Airways Holidays, Booking.com, Virgin Holidays, and British Airways Holidays. Expedia Group, despite the more than 200,000 signatures to our petition, is not yet ready to sell captive dolphin attractions.